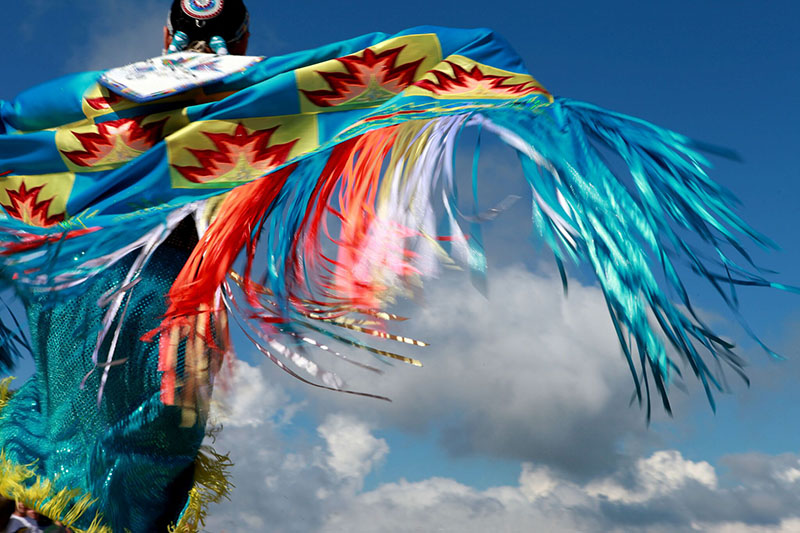 Tribal communities are pushing back against substance abuse with culturally relevant approaches.

In 2012, Brooks Big John spoke to tribal, state, and federal leaders about the devastation the misuse and abuse of prescription painkillers was causing his community. Big John, at the time the tribal chairman of the Lac du Flambeau tribe in Wisconsin, described  the growing toll of overdose deaths, including  that of a lifelong friend: “He ended up sucking  out morphine patches, to the point where he  eventually overdosed and died.”

He went on to illustrate the desperate measures people took to obtain drugs. “We had a guy who was sleeping in the ceiling of the tribal center building where the clinic was, six or seven hours until everything closed, so he could break into our clinic and steal these pills.”

Big John delivered his comments at the “Tribal Prescription Drug Abuse Summit:  Moving from Information Sharing to Action Plan” held in Bloomington, Minnesota. The need for such a gathering was identified by tribal leaders, who had expressed concerns about an increase in the use and abuse of prescription drugs in American Indian communities. The summit was convened by the Substance Abuse Mental Health Services Administration (SAMHSA) in collaboration with the National American Indian & Alaska Native Addiction Technology Transfer Center (AI & AN ATTC), the Great Lakes ATTC, and other federal, state, and tribal health agencies.

National surveys show that substance abuse rates are consistently higher among American Indian/Alaska Natives than other racial groups. The 2013 National Survey on Drug Use and Health shows that 12.3 percent of American Indians were current users of illicit drugs, compared with 9.5 percent of whites, 8.8 percent of Hispanics, and 10.5 percent of African Americans.

Anne Helene Skinstad, program director of the National AI & AN ATTC in the CPH Department of Community and Behavioral Health, says that the rates are likely much higher, noting that data are underreported or not reported at all by tribes due to mistrust of federal agencies.

There is also a hesitancy among tribes to engage in evidence-based treatment practices, Skinstad adds. “Psychosocial treatment and medication are Western methods and not culturally informed,” she says. “They are met with reluctance and concerns.”

To make treatment practices culturally relevant, the center spends time with tribal communities and translates the essence of evidence-based practices, Skinstad explains. “We want to respect tribal sovereignty, and we let the tribes decide how they want to implement the practice in a culturally informed way.”

In 2013, Lac du Flambeau tribal leaders, including Big John, declared a state of emergency and a “War on Drugs” in the community. Working with law enforcement, courts, schools, elders and spiritual leaders, and others, the community wrote a three-year strategic plan to address the substance abuse crisis, pool local resources, and secure funding.

Although Big John no longer serves on the tribal council, he remains an active community leader. According to Big John, the tribe has addressed the selling of illicit drugs, reduced gang involvement and violence, and strengthened tribal statutes to allow law enforcement to increase safety efforts. The tribe also received support from SAMHSA and the Robert Wood Johnson Foundation to build their own treatment center, allowing tribal members to receive treatment sooner, remain in their community, and connect to their culture. These steps create a sense of belonging, a protective factor for substance misuse.

Youth participate in collecting wild rice and making reed mats to connect with their culture. The community also held a youth gathering to offer opportunities for their voices to be heard.

“We need our youth to heal from the oppression they’ve experienced and never forget who they are. Cultural identity is key for our prevention efforts,” Big John explains.

However, numerous barriers remain in tribal communities. “If you’re driving two hours for methadone maintenance treatment every day, how can you hold a job?” Skinstad asks. “Many communities still don’t have access to naloxone (an opioid overdose-reversal drug), so there are fatal overdoses that could be prevented.”

A VISION FOR CHANGE

Many tribal communities are developing action plans to address the opiate problem. Some of the initiatives include distribution of emergency overdose kits, providing secure drop-off sites for unused prescription drugs, and establishing hotlines for those wishing to quit drugs or report traffickers.

“What came out of the summit was a model for the country,” Skinstad notes. “Following the symposium, we held conference call meetings for tribal leaders who wanted to implement a plan in their communities. They are still active. We gave communities tools, they discussed them with their elders, then they implemented them successfully.”

Pushing back against the opioid epidemic is long and hard work, but Big John encourages communities to be patient. “We didn’t get here overnight and the changes we want to make won’t happen overnight, but we are saving lives,” he says. “Good things come when people have the same vision.”