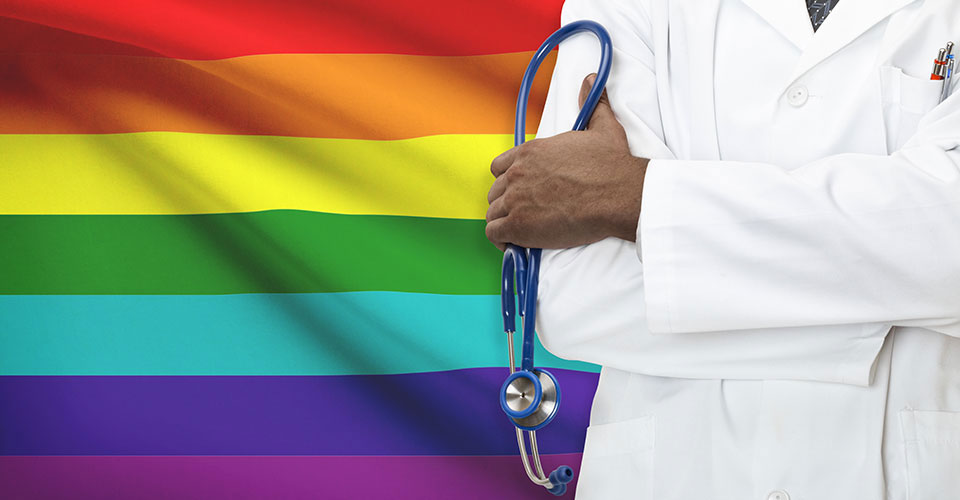 A new report from a team of Iowa researchers summarizes the findings of a survey conducted last year about the health of lesbian, gay, bisexual, transgender, and queer (LGTBQ) individuals in Iowa.

The project was a collaborative of faculty and staff from the University of Iowa College of Public Health, One Iowa (an advocacy organization), the Iowa Cancer Consortium, and Des Moines University.

Paul Gilbert, lead researcher on the project and assistant professor of community and behavioral health at the University of Iowa, says that while there is national data that suggests important health disparities for LGBTQ populations, there has been scant attention to LGBTQ health in Midwestern states in general and very little available data on Iowa in particular.

According to Gilbert, the survey identified several strengths as well as some problem areas concerning the health of Iowa’s LGBTQ population. “On the positive side, we found that this population had high levels of health insurance coverage, general satisfaction with recent health care, low current smoking rates, and general feelings of safety and acceptance in the communities where respondents lived,” he says.

“Some sub-groups, such as transgender people, had an excessive amount of health deficits,” Gilbert says. “They constitute a minority within a minority and should be a priority group for supportive services.”

The survey, which was anonymous, asked questions in six broad areas, including physical and mental health status, experiences using health care, substance use, social support and civic engagement, experiences of discrimination and victimization, and personal characteristics. A total of 567 individuals completed the online survey between June and November 2017.

While this study serves as an important starting point for researchers, the team has already begun the next phase of the project and is currently conducting focus group discussions to develop a deeper understanding of the health profiles and needs of LGBTQ Iowans.

The full report is available at https://www.public-health.uiowa.edu/wp-content/uploads/2018/10/LGBTQ-Health-in-Iowa-Summary.pdf