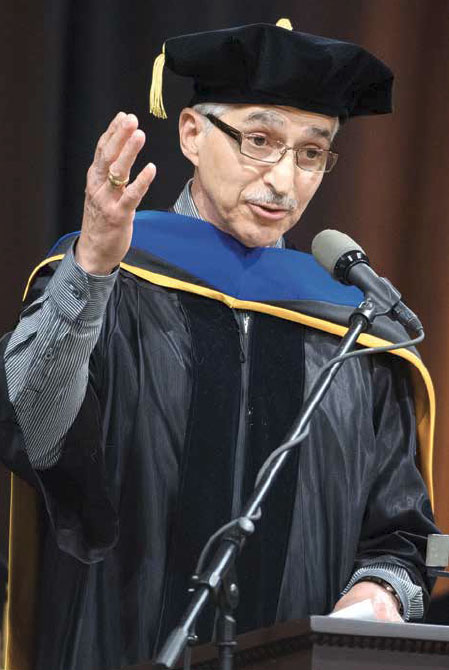 Over a three-decade career with IBM, Sepúlveda has become one of the leading innovators in the development of employee health and wellness programs in the U.S. private sector.

After completing a fellowship in internal medicine and occupational medicine at the University of Iowa Hospitals and Clinics in 1985, Sepúlveda was instrumental in the development of a health management framework that has since become a model for employers around the world.

In 2009, IBM promoted him to IBM Fellow, the company’s most prestigious technical honor, for “having advanced national priorities for healthcare delivery reform, healthier people and healthier workplaces.”

Sepúlveda remained closely affiliated with the UI after his fellowship. He is a charter member of the College of Public Health’s Board of Advisors, and was a founding member of the External Advisory Committee of the UI Health Workforce Center for Excellence. In 2003, he received the university’s highest alumni honor, the Distinguished Alumni Award for Achievement; and in 2013, he received the College of Public Health’s highest honor, the Richard and Barbara Hansen Leadership Award and Distinguished Lectureship.