All College of Public Health students, faculty, and staff are invited to join a college-wide reading of What the Eyes Don’t See: A Story of Crisis, Resistance, and Hope in an American City by Mona Hanna-Attisha.  It has been selected by the New York Times Book Review as among the ‘100 Notable Books of 2018.’

The book aligns with the University of Iowa’s spring 2019 theme semester, “American Dream.”

Dr. Hanna-Attisha will visit the College of Public Health in March 2019 for several events. 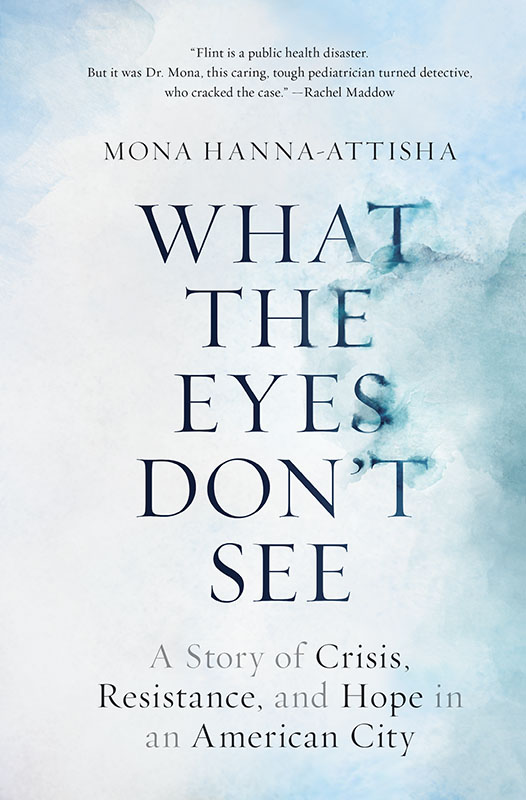 CPH students will receive a free copy of the book from their department or program — check with your department for details!

CPH faculty and staff are invited to borrow a copy of the book from the college for a two-week period. Email cph-communications@uiowa.edu to request a book loan or stop by S173 CPHB to pick up a copy.

WHAT THE EYES DON’T SEE  the inspiring story of how Dr. Mona Hanna-Attisha, alongside a team of researchers, parents, friends, and community leaders, discovered that the children of Flint, Michigan, were being exposed to lead in their tap water—and then battled her own government and a brutal backlash to expose that truth to the world. Paced like a scientific thriller, What the Eyes Don’t See reveals how misguided austerity policies, broken democracy, and callous bureaucratic indifference placed an entire city at risk. And at the center of the story is Dr. Mona herself—an immigrant, doctor, scientist, and mother whose family’s activist roots inspired her pursuit of justice.

What the Eyes Don’t See is a riveting account of a shameful disaster that became a tale of hope, the story of a city on the ropes that came together to fight for justice, self-determination, and the right to build a better world for their—and all of our—children. 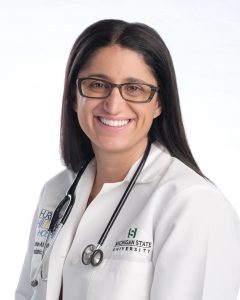 Mona Hanna-Attisha, MD, MPH, FAAP, Hurley Children’s Hospital Pediatric Public Health Initiative, an innovative and model public health program in Flint, Michigan. A pediatrician, scientist, and activist, Dr. Hanna-Attisha has testified twice before the United States Congress, was presented the Freedom of Expression Courage Award by PEN America, and named one of Time magazine’s 100 Most Influential People in the World for her role in uncovering the Flint Water Crisis and leading recovery efforts. She has appeared on CNN, MSNBC, BBC and countless other media outlets championing the cause of children in Flint and beyond. She is
founding donor of the Flint Child Health and Development Fund (flintkids.org).