This award recognizes College of Public Health alumni who have made distinguished contributions to the field of public health and demonstrated a strong interest and commitment to the mission, vision, and values of the college.

College of Public Health alumni awards are presented in two categories: graduates within the past ten years who have achieved important and promising accomplishments and have exceptional potential for future success, and other alumni for accomplishments throughout their careers who have attained widespread recognition and respect for significant contributions in their field. 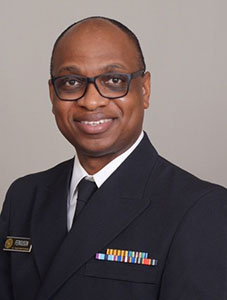 Dwight Ferguson, PhD, MS, received a Master of Science degree in epidemiology in 2006 and a Doctor of Philosophy degree in occupational and environmental health in 2012, both from the University of Iowa College of Public Health. He currently serves in the in the U.S. Public Health Service (USPHS) as an emergency management specialist within the Office of the Assistant Secretary for Preparedness and Response in the Department of Health and Human Services. In this role, he plans for and coordinates the response for federal emergencies.

Before recently moving to his current role, Dr. Ferguson worked as a consumer safety officer (CSO) with the Food and Drug Administration (FDA) conducting investigations and inspections of animal and human food facilities to ensure food safety. As a USPHS Officer, he had several deployments, including to Puerto Rico for recovery efforts after Hurricane Maria, and to California for wildfire assessments. During the COVID-19 pandemic, his deployments have involved safety and infection control at a nursing home and an Indian Health Service Medical Center, and later ensuring safe drinking water at an Indian Health Service community. He has received numerous awards and recognitions during his time with the FDA.

Prior to joining the USPHS, Dr. Ferguson worked as a safety and health manager at West Liberty Foods, a meat processing facility. His research as a graduate student in the Agricultural Health and Safety Program and subsequent internship led to a full-time position with the organization. 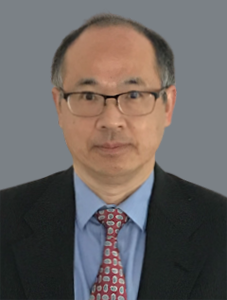 Shenghui Tang, PhD, MS, received a Master of Science degree in biostatistics in 1995 and a Doctor of Philosophy degree in biostatistics in 1999, both from the University of Iowa College of Public Health. He currently serves as the director of the Division of Biometrics V at the Center for Drug Evaluation and Research (CDER) in the Food and Drug Administration (FDA). In this position, he focuses on the development and regulatory evaluation of cancer treatment drugs.

Previously, Dr. Tang was a research assistant professor at the University of Alabama at Birmingham. In 2003, he joined the CDER and has worked his way up through several positions, from a statistical reviewer, a statistical team leader, an associate director, and then the division director.

In his current leadership role, Dr. Tang is involved in all aspects of the regulatory process, interacting with industry on designs/analyses of oncology trials with expert knowledge and providing expert consultation on biostatistics to other Centers in FDA, to other Government agencies, and to international organizations/agencies. He helps to design clinical trials in oncology and conduct statistical reviews of clinical trials; provides data analysis; serves as an authority with regulatory knowledge on the review and conduct of oncology trials according to pertinent FDA laws, regulations and guidelines in oncology and makes regulatory decision recommendations. As a biostatistician, Dr. Tang plays an important role in guidance development for industry in oncology and implementation of statistical policies that have a profound impact on the statistical methods used and developed in oncology trials and have influence on FDA oncology drug approvals.

Dr. Tang has mentored new reviewers or supervisors with their career development in public health. While at CDER, he has received numerous awards, including the Outstanding Junior Investigator Award in 2006, Excellence in Mentoring in 2015, and the FDA Outstanding Service Award in 2019.