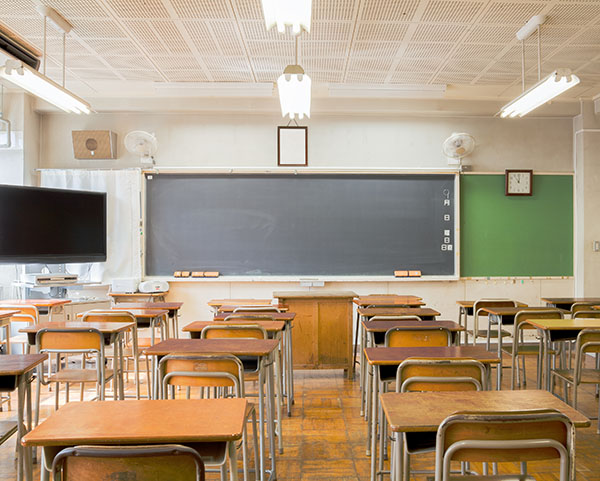 New research from the University of Iowa shows that polychlorinated biphenyls (PCBs), chemicals known to cause cancer in humans, are present in older schools and that the source of the PCBs is most likely outdated building materials, such as window caulking and light ballasts.

The multi-year study by the Iowa Superfund Research Program at the UI is the largest yet to examine airborne PCBs in schools. It shows that though the presence of PCBs can vary from school to school and even classroom to classroom, children’s exposure rates are roughly the same in rural and urban areas. It also shows that exposure to PCBs by inhalation may be equal to or higher than exposure through diet, a finding that surprised researchers.

Researchers collected indoor and outdoor air samples at six schools in Iowa and Indiana from 2012 to 2015. And though none of the schools had PCB levels high enough to meet federal standards for immediate remediation, researchers say the study is important because it shows that reduction of airborne PCBs in schools could be accomplished by removing old caulk around windows and modernizing light fixtures.

The study, published in Environmental Science & Technology, comes at a time of increasing concern over PCBs in schools. In 2014, a school in Lexington, Massachusetts, was shuttered after high levels of PCBs were found inside the building. New York City officials recently completed a multi-year program to replace PCB-laden light ballasts in more than 800 schools. And last year, parents in Malibu, California, won a publicized court battle to remove PCBs in schools.

“Due to the presence of PCBs in the environment, humans are easily exposed to them,” says Rachel F. Marek, assistant research scientist at the UI College of Engineering and lead author of the study. “Exposure of school-aged children to PCBs is of particular concern because these are compounds we know impair memory and learning and cause cancer in humans.”

Besides PCBs, researchers looked for the first time at OH-PCBs, chemical compounds similar to PCBs, in schools. Although there is still much to learn about OH-PCBs and their potential health risks, some scientists believe that OH-PCBs could be more toxic than PCBs.

PCBs are man-made chemical compounds that were used in industrial and commercial applications from 1929 to 1979, when they were banned. However, PCBs are still present in the environment, especially in areas with high concentrations of heavy industry and in buildings constructed in the ’50s, ’60s, and ’70s, when PCBs were used in various building materials. Many public schools were built with PCB-laced materials, and public health experts estimate that as many as 25,920 schools nationwide still have window caulking that contains the chemical compounds.

Schools are not required to measure PCBs; however, the United States Environmental Protection Agency provides guidelines for acceptable PCB levels. UI researchers studied PCB levels in four urban schools in East Chicago, Indiana, and two rural schools in Columbus Junction, Iowa. PCB levels inside the schools were below the current EPA action level of 500 nanograms per cubic meter, with a maximum reading of 194 ng/m3. The highest PCB levels were reported at two schools in East Chicago. Both were built before the PCB ban in 1979.

“Our nation’s schools must provide a safe and healthy environment for growing and learning,” says Peter S. Thorne, professor and head of occupational and environmental health in the UI College of Public Health and principal investigator of the study. “In addition to protecting children from risks such as asthma and obesity, schools need to be free of elevated exposures to persistent pollutants, including lead and PCBs.”

The exact level of PCB exposure at which harm is caused to children is unknown. This is a question that the Iowa Superfund Research Program is trying to answer through its research.

The four schools in East Chicago are not far from the Indiana Harbor and Ship Canal, an industrial waterway that is a known source of airborne PCBs. Researchers hypothesized that the schools’ proximity to the canal would influence PCB levels inside the schools. However, though indoor air samples from two of the schools resembled air samples collected near the canal, indoor air samples from the other two schools presented very different results, which researchers concluded were caused by the presence of PCBs typically linked to window caulking and light ballasts.

Tests of indoor and outdoor air at two schools in Columbus Junction, which has no known source of industry-related PCB contamination, presented further evidence of PCB contamination via old building materials. Paint pigments also were found to be a likely source of PCBs in the schools.

“This is the first time we’ve been able to pinpoint the source of PCBs inside schools,” says Keri C. Hornbuckle, professor of civil and environmental engineering at the UI College of Engineering and project leader for the Iowa Superfund Research Program. “This study shows that the indoor air is contaminated, and that contamination is due to materials that remain in use in the school buildings.”

UI researchers are planning their next PCB project, one that will measure PCB levels in different rooms in the same pre-1979 building. They also plan to offer free indoor PCB testing to schools.

“The results of our study are really quite chilling,” says Hornbuckle. “To put it simply, any school that hasn’t been remodeled since the 1970s may have high levels of PCBs in the air, which children breathe day in and day out.”

The Iowa Superfund Research Program (ISRP) at the University of Iowa studies the sources, exposures, and toxicities of PCBs in the environment. This program, which is funded by the National Institute of Environmental Health Sciences, brings together scientists with expertise in toxicology, engineering, microbiology, public health, and chemistry.

The goal of the Airborne Exposure to Semi-Volatile Organic Pollutants (AESOP) Study, part of ISRP, is to measure PCB exposure levels indoors and out and to track PCB exposure among 345 children and their mothers. The study, which began in 2006, already has provided new insight into airborne PCB exposure and challenged prevailing views on how humans are exposed to PCBs.
This story originally appeared in Iowa Now.

Indoor air in schools could add to children’s exposure to PCBs
Phys.org