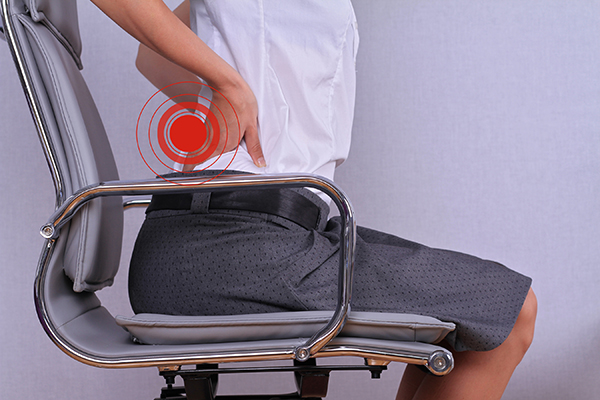 We all have those days—work is stressful, your cell phone keeps buzzing, you’re tired after working a double shift, and the last thing you want to do when you get home is cook a healthy meal or hit the gym. No matter what type of work we do, it can follow us home, and our personal lives don’t stop just because we’re on the clock.

“We can’t really separate work from home and home from work,” says Diane Rohlman, CPH associate professor and director of the Healthier Workforce Center of the Midwest (HWCM) based in the UI College of Public Health. “The workplace has a huge impact on our health.”

“Our center tries to target the aspects of the workplace that increase the risk of injury and illness and mitigate those effects,” says Rohlman. “Our goal is to understand where those risk factors are coming from, and how, from the workplace perspective, to prevent them.”

The center uses the Total Worker Health™ (TWH) approach to promote a safer and healthier workforce. The National Institute of Occupational Safety and Health, which funds the HWCM along with six other centers nationwide, defines TWH as “policies, programs, and practices that integrate protection from work-related safety and health hazards with promotion of injury and illness prevention efforts to advance worker well-being.”

“It’s a holistic view of all the factors that contribute to workers’ health and well-being,” Rohlman says. In addition to workplace hazards that can result in on-the-job injuries, other influences—stress, sedentary jobs, the workplace culture—also present health risks.

“There are factors in the workplace, such as stress, that cause people to engage in unhealthy behaviors when they’re off work,” says Shelly Campo, CPH associate professor and HWCM outreach director. “There are cultures of work that can impact health behavior, too.”

For example, Rohlman once asked a construction worker why he chose to smoke during his downtime. “He said, ‘Because it’s our break, and that’s what you do.’ We need to understand more about how and why this happens so that we can protect the safety and health of our workers both in the short- and long-term,” Rohlman explains.

A Look at the Midwest

Workers in Iowa and neighboring states experience more work-related injuries and illnesses than in other parts of the U.S., according to the CDC. The region also has higher rates of heavy alcohol consumption and obesity than other areas of the country, with high rates of occupational fatalities.

Recognizing the critical needs in the region, particularly among small employers, the HWCM recently underwent an expansion to include Iowa, Nebraska, Missouri, and Kansas. The University of Iowa is working in partnership with Washington University in St. Louis and the Nebraska Safety Council to provide increased attention to these issues. 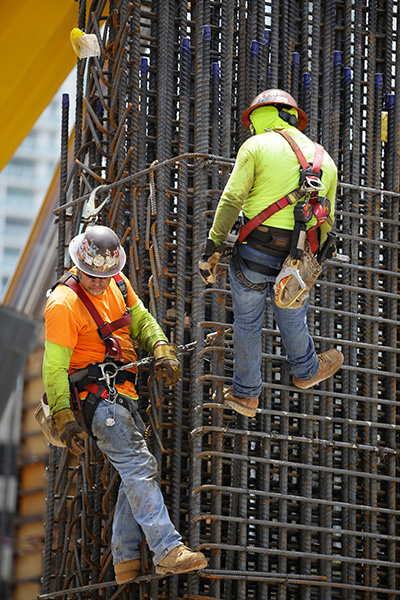 Among its numerous research projects, the center has conducted statewide surveys to identify the burden of occupational injury and illness and to identify needs of employed and self-employed workers and employers.

The HWCM also funds pilot projects for students, new investigators, and community projects. “We try to expand the scope of research through our pilot program and engage other researchers throughout Iowa and the Midwest,” says Rohlman. “We’re able to work with a lot of small businesses—that’s one of the things that makes our center different.”

One of the center’s recent projects is focusing on new employees in the construction industry. Nationally, construction is one of the most dangerous occupations and has the highest number of fatalities of any type of job. Irregular employment, lengthy commutes, multiple job sites, and long workdays can cause psychological stress and can lead to risky health behaviors such as poor diet and substance use. New construction workers are at even greater risk, according to the Bureau of Labor Statistics.

To address these issues, the HWCM is partnering with the Carpenters’ District Council of Greater Saint Louis and Vicinity and the International Brotherhood of Boilermakers, Iron Ship Builders, Blacksmiths, Forgers, and Helpers to evaluate the impact of work organization and work environment factors on the health and health behaviors of apprentices in three construction trades.

The center has also formed new partnerships with the Iowa League of Cities and the Iowa Municipal Workers’ Compensation Association. Center representatives have visited towns across Iowa, including Atlantic, Waukee, Carroll, and Fairfield, to learn about the safety and health issues facing municipal workers and the policies, programs, and practices being used to address them. Center staff have also presented at several conferences and workshops around the state.

The HWCM offers free resources for employers, including a series of short videos that assist professionals in small Midwestern businesses to identify and implement “best and promising practices” for improving worker health and well-being. The videos help small businesses use innovative techniques to tailor the Total Worker Health approach to their workplaces.

The center is eager to form new collaborations as part of its expansion and connect communities and small businesses with free resources, training, and pilot grant opportunities.

“We encourage a broad range of partners, including businesses, municipalities, not-for profit organizations, and labor unions, to collaborate with us,” says Campo.

Learn more about the center at www.hwcmw.org.

This story originally appeared in the Fall 2016 issue of InSight.