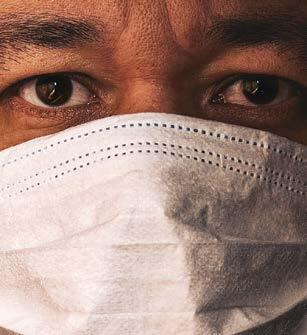 Doctors, nurses, and other frontline health care workers are deservedly hailed as heroes for their dedication and courage in treating patients with COVID-19. But behind the scenes, another set of professionals is addressing the toll of the pandemic in an equally important but unacknowledged way. These “last responders” are the workers who ensure that people who die from the novel coronavirus are laid to rest with dignity.

A new collaborative project led by the Prevention Research Center (PRC) based in the UI College of Public Health aims to shine a light on the important contributions and extraordinary challenges of these professionals.

“Fatalities management workers— funeral home practitioners, medical examiners, pathologists, crematory operators, morgue attendants, autopsy assistants, and others in these fields— have really become the invisible face of COVID-19. Their stories, struggles, dedication, work, and care have largely been ignored,” explains Rima Afifi, director of the PRC and professor of community and behavioral health. “We’re partnering with fatalities management workers to understand their stressors, coping mechanisms, and their well-being in relation to COVID-19.”

The PRC is working with professional organizations and associations to conduct a national survey of last responders to better understand the consequences of the pandemic on their mental and physical health. “To our knowledge, this is the first national survey of its kind,” Afifi says. “We think it’s critically important to be able to develop effective responses that support them in their amazing work.”

The research team is planning to follow up the survey with in-depth interviews. “This will enable us to truly understand the lived experiences of fatalities management workers during COVID-19 and to provide space for them to share their stories—what happened, what the challenges were, what made them despair or gave them hope,” Afifi says.

The idea for the project originated with Peter Teahen, a funeral director and funeral home owner in Cedar Rapids, Iowa. He reached out to the college with the concern that the role and welfare of fatalities management workers in the pandemic were being overlooked.

Teahen’s training and background includes 31 years in disaster services and mental health crisis management. In 1989, he served as one of the coordinators of mortuary affairs at the United Airlines Flight 232 crash site in Sioux City. Since then, he has served in leadership roles in more than 70 major disasters around the world, including the Oklahoma City bombing, 9/11 in New York, Hurricane Katrina, and the 2010 earthquake in Haiti. He has served as a national spokesperson for the American Red Cross since 1999.

Although Teahen sees many similarities between the pandemic and other crises, he notes that there are a number of unique challenges and stressors with COVID-19.

“One of the more serious parts of this is the unknown,” Teahen says, referring to the still evolving understanding of the virus. “COVID doesn’t die with the patient. All the staff dealing with the deceased are just as susceptible to getting COVID as if they were in the hospital environment.”

Just like first responders and frontline health care workers, last responders are willing to take risks to care for others in their professional role, Teahen says. “We also have to live with the nightmare that we’re going to bring COVID home to our families. There’s never been something of this global magnitude threatening and killing the caregivers.”

In fact, Teahen tested positive for COVID-19 in the spring of 2020. “I believe it was because of one of the cases I dealt with. I’ve handled multiple COVID deaths,” he says. “I nagged my staff and my family about all the safety precautions. And regardless of how safe we were and what we did to be safe, I still became a COVID victim. And that’s what is frightening.” 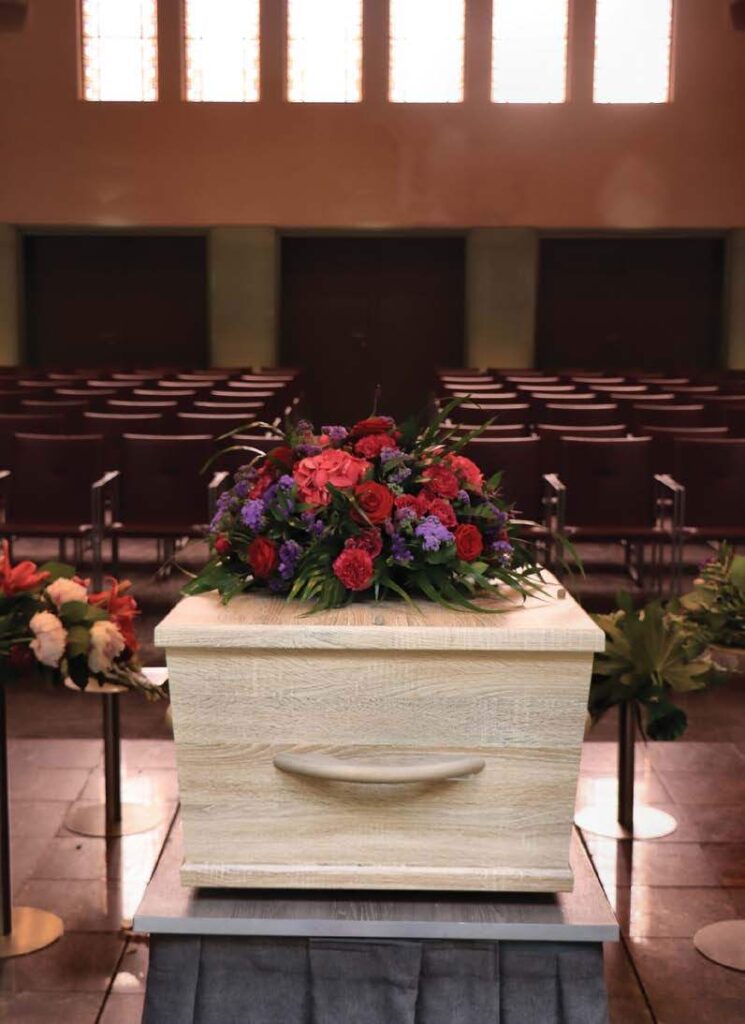 Another stressor is how dramatically the pandemic has altered the grieving process. “We’re not able to do the things we normally do. In my role as funeral director, we’re used to having families gather together to celebrate the person’s life. We’ve had to tell people they can’t have a funeral. We’re trying to give comfort and care to a family that is being torn apart from all their cultural and traditional values of caring for the dead, and that’s impactful.”

The sheer number of deaths in some areas of the country has overwhelmed funeral homes and related services, causing workers exhaustion and distress.

This level of intense stress has both short- and long-term impacts on mental health. “We know from experience of other disasters that dealing with increased anxiety, separation from families, and all the unknowns, it creates an increase in domestic abuse, substance abuse, and divorce rates,” Teahen says. “A lot of times people don’t know how to cope with that stress.”

The mental health impact of a disaster doesn’t go away within weeks or months. “When we look at the psychological impact of disasters on responders, we typically see that the height of the impact is usually seven years after the event,” Teahen says. “I think that catches people off guard. When you ask, When is the peak of suicide following a catastrophic event?, a lot of people say six weeks, six months, maybe the one-year anniversary, where the number is truly closer to seven years.”

Part of the reason for that lag is because at the beginning of a crisis, emotional support for responders is readily offered by friends, families, and organizations. But as time goes on, those supports and programs fade, leaving people to cope on their own. They may turn to alcohol or drugs to deal with the emotional impact of what they’ve experienced, Teahen says.

“And it becomes a vicious cycle. As that goes on over time—as people get more isolated and services are reduced—they become more and more desperate,” he says.

A number of barriers prevent last responders from reaching out for help, including the stigma around mental health. An even bigger barrier may be the very nature of their jobs.

Teahen hopes that the survey and stories shared through the interviews will give these workers a voice, recognition, and support.

“I hope that we can find some common threads through these different professional groups, find out what their stressors were and what got them through their darkest days,” he says. He envisions creating support programs “that last more than just six months and that are there when they need them in seven or ten years.”

This story originally appeared in the fall 2020 issue of InSight magazine.