Watch a recording of the Cancer in Iowa news conference held March 10, 2021

African Americans in Iowa are getting cancer and dying from it at higher rates than any other group in the state. According to the 2021 Cancer in Iowa report issued by the State Health Registry of Iowa, the age-adjusted cancer mortality rate for Black people in Iowa is more than 25% greater than it is for white people.

Report co-author Mary Charlton, professor of epidemiology in the University of Iowa College of Public Health, says that while the overall number of Black people in Iowa who get cancer is relatively low—413 in 2018—this reflects the younger age distribution of Black people living in the state. She says that when the numbers are adjusted for age, Black Iowans are more apt to get cancer when they’re younger, whereas white people are more likely to get it when they’re older. 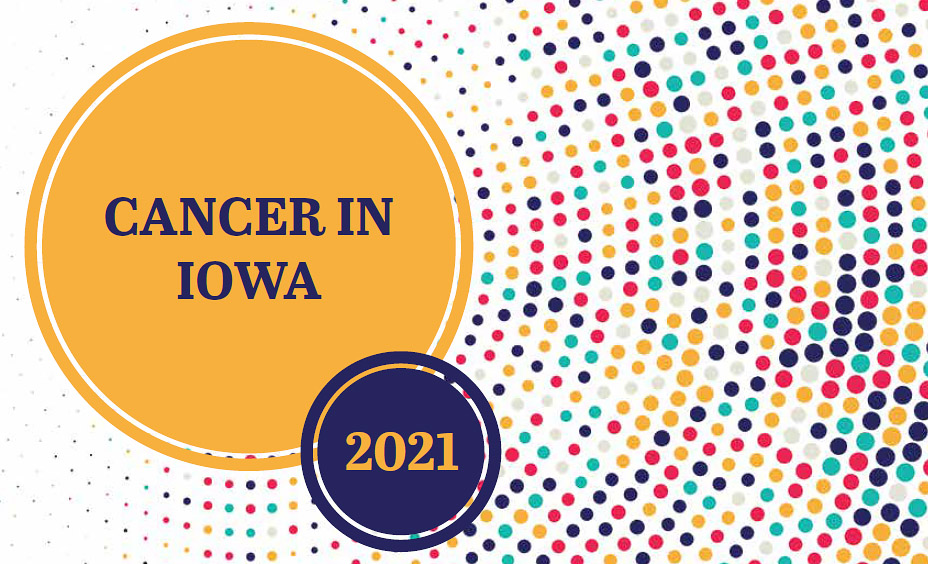 “When examining rates by age at diagnosis, we found that in the 60- to 69-year-old age group the Black population had an age-adjusted new case rate that was 33% higher than the white population,” she says. “The cancer incidence rates became more similar in the older age groups. This shows how cancer impacts the Black population in Iowa at younger ages.”

The report found Iowa’s Black population has the highest death rate from nearly every major cause of death, including cancer. Consequently, the life expectancy of Black people in Iowa is 74.8 years, compared to 79.3 years for the white population.

George Weiner, director of the University of Iowa’s Holden Comprehensive Cancer Center, agrees those risk factors are responsible for much of the unacceptably high burden of cancer in the state’s African American community.

“Some African Americans in Iowa suffer from lack of access to quality health care, cancer screening, or healthy diets while having increased rates of obesity and tobacco use,” says Weiner, who is also professor of internal medicine and president of the Iowa Cancer Consortium. “The result is an increased burden of cancer.”

The report notes the good news that cancer mortality rates are declining for all racial and ethnic groups, and the gap is narrowing between the state’s Black and white populations. Weiner says research into the causes of, and new treatments for, cancer remains vital, but so is being sure all Iowans benefit from what we already know.

Weiner says the data speak to a primary focus of the Iowa Cancer Consortium, which is to reduce cancer disparities experienced by the African American community by working collaboratively to address the underlying causes of these disparities.

“The causes of these disparities are deeply ingrained in our society, and it will take significant effort at many levels over a long period of time to address them,” he says. “If we are able to do so successfully, it will benefit all Iowans.”

The report estimates that 6,400 Iowans will die from cancer in 2021, making it one of the two leading causes of death in the state, along with heart disease. Lung cancer will cause the most deaths among both men and women.

The report also estimates more than 154,000 cancer survivors currently live in Iowa, based on data gathered between 1973 and 2016.

The report, based on data from the State Health Registry of Iowa and the Iowa Department of Public Health, is available online in the “Publications” section on the registry’s website or by calling the registry at 319-335-8609. The report includes county-by-county statistics, summaries of new research projects, and a special section focused on racial disparities.

The State Health Registry of Iowa has been gathering cancer incidence and follow-up data for the state since 1973.

This project has been funded in whole or in part with Federal funds from the National Cancer Institute, National Institutes of Health, Department of Health and Human Services, under Contract No. HHSN261201800012I.