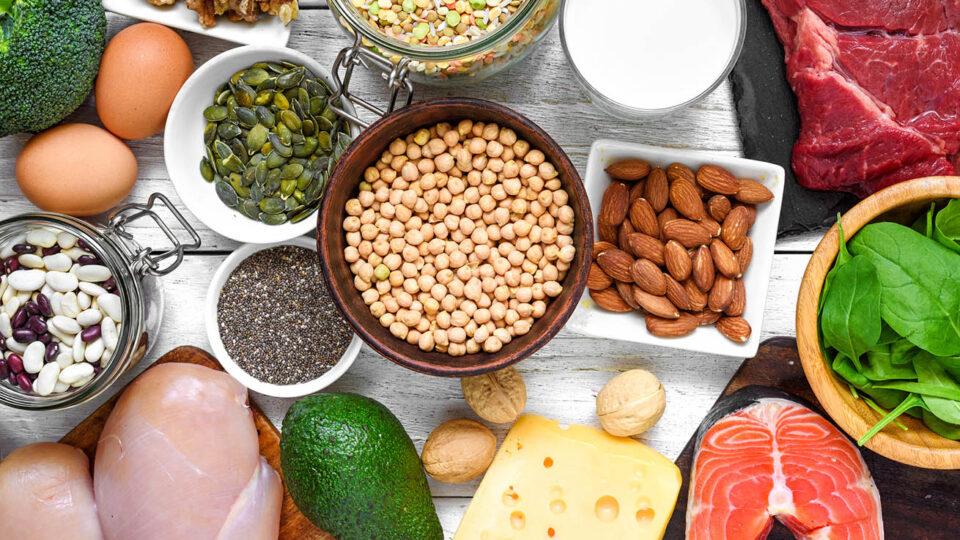 Previous research has shown an association between diets high in red meat, a major type of dietary proteins in the United States and worldwide, and cardiovascular disease risk, yet the data are sparse and inconclusive about other specific types of dietary proteins, the study authors say.

Researchers led by Wei Bao, assistant professor of epidemiology, analyzed data from more than 100,000 postmenopausal women ages 50 to 79 who participated in the national Women’s Health Initiative study between 1993 and 1998. Study participants were followed through February 2017.

At the time they enrolled in the study, participants completed questionnaires about their diet detailing how often they ate eggs, dairy, poultry, red meat, fish/shellfish, and plant proteins such as nuts, tofu, beans, and peas.

Researchers noted the levels and types of protein women reported consuming, then divided them into groups to compare who ate the least and who ate the most of each protein.

Among the study’s key findings:

The study, published in the Journal of the American Heart Association, had several limitations including that it was observational, based on self-reported data at the beginning of the study, and lacked data on how the proteins were cooked. In addition, all the study participants were postmenopausal women, and therefore it is unclear whether the findings apply to younger women or men.

In addition to Bao, other University of Iowa investigators contributing to this study include Yangbo Sun, Buyun Liu, Linda Snetselaar, and Robert Wallace. The study was funded by the National Heart, Lung, and Blood Institute of the National Institutes of Health and the U.S. Department of Health and Human Services.