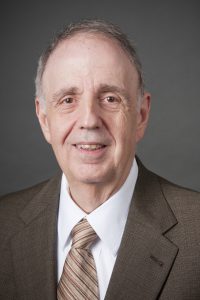 Michael Pentella, a clinical professor of epidemiology in the University of Iowa College of Public Health and former associate director of the State Hygienic Laboratory (SHL), has been named the SHL interim director, the University of Iowa Office of the Vice President for Economic Development (OVPRED) announced in December.

Effective on Dec. 18, Pentella’s part-time appointment temporarily fills the role of director previously held by Christopher Atchison whose retirement was effective Jan. 5.  Atchison was granted status as Director Emeritus of the State Hygienic Laboratory as well as Clinical Professor Emeritus at the University of Iowa College of Public Health.

Pentella is the former director of the William A. Hinton State Laboratory Institute in Massachusetts. Prior to that, he served as associate director of infectious disease for SHL, where he was responsible for bacteriology, virology, serology, parasitology and mycology, and was actively involved with bioterrorism preparedness, antimicrobial resistance and pandemic influenza planning.

The interim director’s career spans more than 40 years in clinical microbiology and public health laboratory science. In 2016, SHL named Pentella the seventh recipient of its William J. Hausler Career Achievement Award, which recognizes a lifetime of achievement and professional activities that extend beyond the laboratory, and greatly impact the field of public health.

The OVPRED is leading a search committee for a permanent director of the State Hygienic Laboratory.