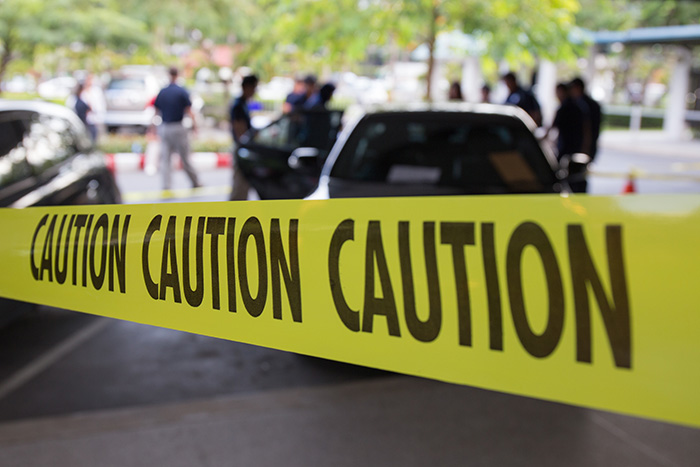 Injury of death on the job is often associated with machinery in the agricultural and manufacturing sectors. What doesn’t come as readily to mind is workplace violence—bullying by a colleague or assault by an angry client are just two examples of violence on the job. And yet American workers experience nearly two million incidents of workplace violence every year.

Researching the causes and prevention of such violence, and then working in the field to establish consistent and affordable practices is at the heart of the work of the University of Iowa’s Injury Prevention Research Center (IPRC).

Established in 1991 with core funding from the Centers for Disease Control and Prevention, the center is multidisciplinary in its scope, and has been involved in bringing together research, policy, and practice to address everything from bullying by school kids to the recent heroin and opioid crisis and from drowsy driving to tractor injuries.

Some of the center’s current work can be traced back to the early 1990s at the University of California, Los Angeles where then assistant professor Corinne Peek-Asa was directing a graduate student named Carri Casteel. As epidemiologists interested in the high rate of fatalities associated with armed robberies, the two women created a study focused on small, independently owned businesses, including convenience stores, motels, late-night restaurants, and liquor stores.

“At the time, armed robbery was responsible for 84 percent of workplace violence,” says Casteel. Casteel and Peek-Asa’s primary goal was to identify affordable prevention measures and to educate business owners about them.

Prevention strategies varied. They discovered that business owners were willing to devote resources to security equipment such as surveillance cameras, but owners were unaware of less expensive and more effective approaches such as cash control, increased visibility and lighting, and employee training. Lack of implementation of the less expensive but more effective strategies clued Casteel and Peek-Asa into the need for research that translated evidence-based practices into small business settings.

For example, they discovered that blocking access to a business after hours via window grates and other structural enhancements reduces visibility and actually leads robbers to prey on the establishment when it is open, putting more people—both employees and customers— in harm’s way. Keeping too much cash on the premises also attracts robbers, whereas announcing that a minimal amount of money is in the register and maintaining a regular deposit schedule also prevents robberies.

Peek-Asa and Casteel successfully tested the effectiveness of their prevention program with liquor stores in Santa Monica, Calif., before embarking on a larger study of nearly 500 “mom and pop” grocery stores throughout Los Angeles. Tracking businesses for a full year and partnering with the Los Angeles Police Department to receive outcomes of robbery-related injuries, they found that their strategies significantly reduced employees-related assaults.

In 2008, the director of safety and research for the National Institute of Occupational Safety and Health (NIOSH), an agency of the Centers for Disease Control, reached out to the pair to pilot a variation of their program. This time, the program would be delivered by police officers rather than by researchers. Peek-Asa had recently joined the faculty of the University of Iowa College of Public Health, where she is now a professor of occupational and environmental health. Working in conjunction with the International Crime Free Association, she and Casteel — now an associate professor in the same department at the UI — piloted the program in six communities nationally, including Iowa City, Cedar Rapids, and Coralville.

Peek-Asa says the program was a success in that, “we learned a lot about dissemination and working with law enforcement. This is important because after a robbery, one of small businesses’ point of connection is with the police.”

However, the rapid turnover of personnel on police forces also made it difficult to maintain consistency in delivering the material. The project continues and is now disseminated online, with a community leader gathering an advisory team to help identify partners.

One industry that has notoriously high rates of assault against workers by clients is health care. Unlike small, independent businesses, however, it is an industry that benefits from strong advocacy groups. One such group, the Emergency Nursing Association, worked with California’s Office of Occupational Safety to create the nation’s first hospital security act in 1995.

To study the effectiveness of this new law, Peek-Asa and Casteel compared security measures and violent event rates in California’s hospitals to those in New Jersey, which did not then have a similar law. They found a 48 percent reduction in assault rates among emergency department and psychiatric unit workers. Based on the success of the California law, the pair worked closely with stakeholders to help advocate for a similar law in New Jersey.

IPRC has more recently been involved in a project with one of the world’s largest corporations— The Boeing Company. “Boeing is very proactive in recognizing and responding to the threat of workplace violence,” says Casteel, “particularly in the form of worker-on-worker violence.”

They partnered with Boeing’s threat assessment team to run simulations and assess how important such organized teams and clear protocol are to mitigating workplace violence. The answer? Very. The only scenario that proved challenging despite the protocols was one involving stalking. This is an area that Peek-Asa and Casteel believe most workplaces underestimate as potentially dangerous, and yet it’s also an area where businesses have a surprising degree of ability to help control and diminish potential risk.

“When someone is being stalked or is the victim of domestic violence, they still have to go to work,” notes Peek-Asa. This puts them in danger as the would-be perpetrators know when and where to find them. But what many businesses don’t fully appreciate is that they can control the environment by providing the employee with an escort or working with the police. In some cases, businesses can even take out a restraining order when the individual cannot.

“We really want to take the lessons we learned with Boeing,” says Peek-Asa, “and apply them to mid-size and smaller businesses. We want these lessons to be applicable to the kinds of businesses we have here in Iowa.”

This story originally appeared in the Fall 2016 issue of InSight