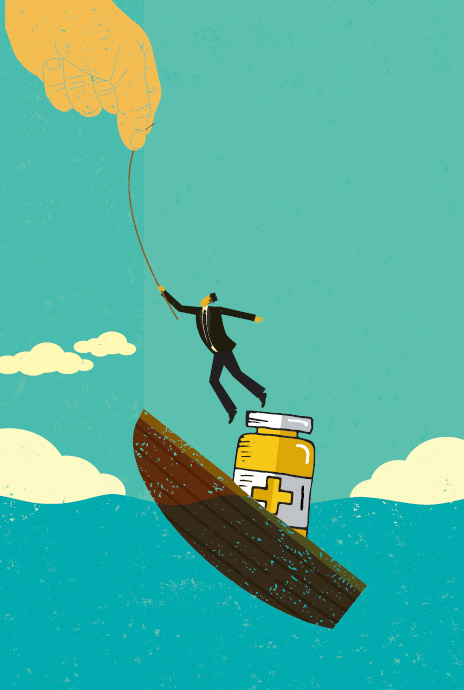 Researchers and advocates outline priorities for responding to the opioid epidemic in Iowa.

States and communities across the nation are grappling with how best to respond to the surging opioid crisis. In April 2017, the UI Injury Prevention Research Center (IPRC) sponsored a meeting in Des Moines to identify priorities for addressing the opioid epidemic in Iowa. The meeting was part of a larger national project funded by the Centers for Disease Control and Prevention, with the UI IPRC being one of four injury centers in the country participating in the grant.

Carri Casteel, IPRC associate director, led the meeting to discuss recommendations developed by the John Hopkins Center for Injury Research for reducing the opioid epidemic in several areas, including prescription monitoring programs, prescribing guidelines, overdose education, and community-based prevention. One goal of the meeting was to review these evidenced-based strategies and compare them to what is happening in Iowa.

“It was an opportunity for those working in fields affected by opioids to take an inventory of our successes and to identify gaps specific to Iowa that need to be addressed to move forward on this issue,” Casteel says.

Among the barriers stakeholders identified were lack of training for health care providers on opioid addiction and treatment, lack of timely state data on opioid supply and overdose, and limited and unequally distributed addiction treatment services in Iowa.

The top five priorities for Iowa that stakeholders identified were:

IPRC published the report “The Prescription Opioid Crisis: Policy and Program Recommendations to Reduce Opioid Overdose and Deaths in Iowa” that contains details about  the five priorities, county-level statistics on opioid overdose death rates and prescribing practices in Iowa, along with highlights of initiatives in Iowa communities that have had some success in slowing the epidemic. The report is available online at cph.uiowa.edu/iprc.

The report was sent to Iowa policy makers and other state leaders, and the proposals were discussed with a legislative interim study committee tasked with evaluating Iowa’s response to the opioid epidemic. This committee submitted a report with its findings and recommendations to Iowa Gov. Kim Reynolds and the general assembly to inform possible action during the next legislative session.

a spectrum of strategies from safer use, to managed use, to abstinence, to meet drug users ‘where they’re at,’ addressing conditions of use along with the use itself.”

“Much like substance use, harm reduction has a long but stigmatized history,” says Paul Gilbert, CPH assistant professor of community and behavioral health. “People often thought it was too permissive or even encouraged drug use. But high-quality, rigorous evaluations have shown that harm reduction strategies are associated with substantial benefits, such as fewer wounds and abscesses, reduced hepatitis and HIV infections, and lower risk of overdose and death. Given the scientific evidence that’s accumulated, it belongs in our repertoire of public health responses to substance use.”

Kim Brown of Davenport, Iowa, is president and co-founder of Quad Cities Harm Reduction (QCHR). She helped form the nonprofit organization after losing her 33-year-old son Andy to an unintentional heroin overdose in May 2011.

“All of these overdose deaths are preventable,” says Brown, who is a registered nurse. “Addiction is a medical disorder. It should be firmly entrenched in public health. As long as we criminalize a medical condition, we have shame and stigma. We need true, realistic drug education.”

Andy’s death was shrouded in stigma, Brown recalls. “Nobody would talk to me about what happened to my son. But I wanted to do something to bring awareness to the community and legislators and law enforcement.”

Brown has been advocating since 2012 for increased naloxone access in Iowa. Naloxone is a medication administered as a nasal spray or injection to reverse the effects of an opioid overdose.

In late 2016, a new Iowa law coupled with a standing order issued by Dr. Patricia Quinlisk, Iowa Department of Public Health Medical Director, allows naloxone to be purchased at a pharmacy without a prescription. Pharmacists are authorized to dispense naloxone to individuals at risk of opioid overdose, a family member or friend in a position to assist an at-risk person, and first responders.

More recently, University of Iowa emergency medicine physician and CPH alumnus Chris Buresh (12MPH) provided a standing order that allows QCHR and the Iowa Harm Reduction Coalition in Iowa City to dispense naloxone without prescription to Iowans at little to no cost. The standing order went into effect June 1, 2017.

But Brown would like to see even more done. “The state needs a standing distribution order to community and harm reduction organizations. We need a syringe exchange program to prevent people from getting HIV or hepatitis C and to keep used needles out of public bathrooms and off the ground.

“We need to get naloxone to the folks who really need it,” she continues. “Overdoses are often reversed by friends and family. I can’t have my son back, but I can help others keep their children alive.”