A new study led by University of Iowa and University of Washington researchers has found that nearly all U.S. high school students who use e-cigarettes also use other substances, including alcohol, cannabis, and tobacco products. 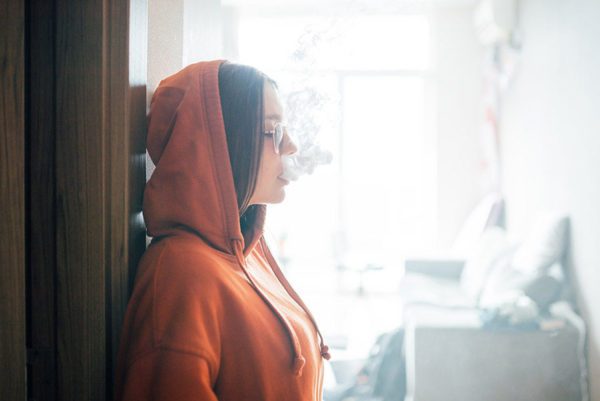 The researchers used data from the 2017 Youth Behavioral Factor Surveillance System survey, which asked a national sample of 9th through 12th grade students about key health behaviors, including substance use. Based on responses from 11,244 adolescents, the researchers found that approximately 12% of high school students reported using e-cigarettes in the past 30 days. Almost all (93%) e-cigarette users also reported using another substance in the past 30 days, with alcohol being the most common. Nearly half (48.1%) reported past 30-day use of all four substances: e-cigarettes, alcohol, cannabis, and tobacco.  In addition, adolescents who used e-cigarettes more frequently (more than 2 days per month) were also more likely to use other substances than their counterparts who used e-cigarettes only 1-2 days per month.

Because e-cigarettes are very rarely used alone, the authors recommend that prevention interventions address multiple substances concurrently, screen students repeatedly to detect new initiation of substance use as age increases, focus on e-cigarette use as a less stigmatized entry point to discussions of substance use, and target priority population sub-groups.