The wave of aging baby boomers means more families are taking on the financial and emotional load of caregiving. 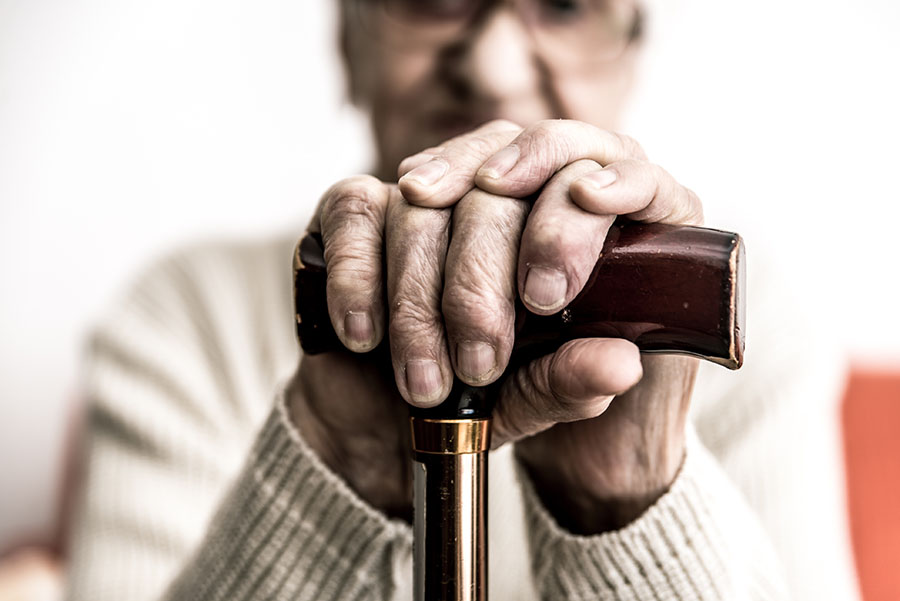 “With age comes wisdom, but some­times age comes alone.” Oscar Wilde was always ready with a quip, but few of us are ready for the more serious aspects of aging. While we all hope to spend our golden years in good mental and physical health, chances are we’ll eventually need help from family members, home health aides, or a long-term care facility.

In the U.S., baby boomers are entering their retirement years and reshaping demographics: the number of Americans ages 65 and older will more than double from 46 million today to more than 98 million by 2060. Add in longer life expectancy, and it’s clear that the rapid “graying of America” will increase demands on already strained resources.

“The rising number of older Americans will put pressure on entitlement programs and create challenges for the labor market and health care systems—as well as family members who provide the majority of care to older adults with disabil­ities,” cautions a report by the Population Reference Bureau.

The Impact of Aging on Families

AMBI investigators Kanika Arora, assistant professor of health management and policy, and Sato Ashida, assistant professor of community and behavioral health, are both based in the College of Public Health. Each was drawn to the subject of aging partly through their own experiences of having a grandparent affected by dementia. Through their respective areas of study, Arora and Ashida are examining the impact on families as an aging relative requires more care. 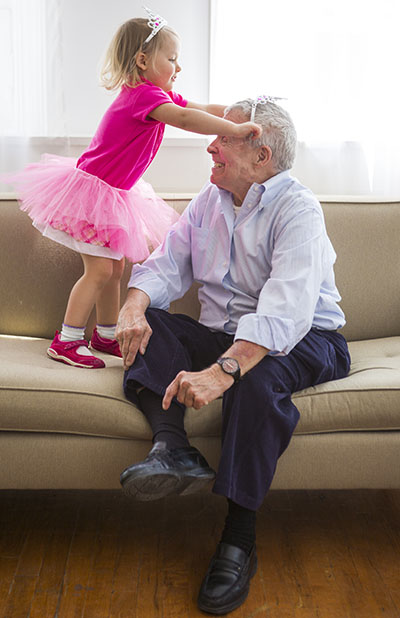 More than 34 million American adults provide unpaid care to someone age 50 or older, and 60 percent of these caregivers are female, according to a National Alliance for Caregiving/AARP report. The same report notes that caregivers often experience high levels of emotional stress, physical strain, and financial strain.

The Costs of Care

Long-term care can be staggeringly expensive. Nationally, the median annual cost for an in-home health aide (44 hours/week) runs about $49,000. A semi-private room in a nursing home is $85,775. The costs for dementia patients can spiral even higher.

Research has shown that when older adults receive more informal care, they are less likely to go into a nursing home. The intent of Paid Family Leave (PFL) is to make it financially easier for employees to take time off from work to care for children and seriously ill family members. While the United States has no such federal policy, a handful of states are offering PFL programs. Arora co-authored a recent study that examined the effect of California’s PFL policy on long-term care use.

“We found that after the beginning of paid family leave in California, the proportion of older adults in nursing homes went down,” says Arora. “This suggests that workers were able to take time off to care for family members, leading to a reduction in nursing home use.”

Some proposals for PFL programs apply only to parental family leave—the birth or adoption of a child—and don’t include care for family members with a chronic illness.

“I think this is a big part of the conversation we’re missing out on, especially if it affects nursing home use,” says Arora. “Given how expensive nursing homes are, and the fact that seniors like to age at home, policymakers need to consider what is included in paid family leave.”

But the issue is not clear cut. “If family members are providing more care, it could reduce nursing home use and save federal and state dollars—but will it create other costs for employers? If a family member isn’t working in order to provide care, is that good for their own health? The fact that we’re offloading this responsibility onto family members is an issue that needs more careful discussion,” Arora says.

Even if adult children aren’t serving as caregivers, they may still take a financial hit if they provide monetary assistance or incur out-of-pocket expenses on behalf of their parents. Arora has investigated the impact of a parent’s dementia diagnosis on their adult children’s wealth. The study looked only at unmarried children and took a comprehensive view of financial outcomes.

“I found that among those people who were typically adding to their wealth over the years, once there was a parental dementia diagnosis, they were adding much less or nothing at all to their wealth,” Arora says.

Caregiving often requires many partners. Ashida studies caregiver networks—systems of family members, paid help, and others who provide emotional or instrumental support that enables a primary caregiver to care for an individual.

“A lot of studies look at the caregiver and their feelings, but few studies talk to other people to get their perspective of what’s going on in a caregiving relationship and how that might impact the family dynamics and context,” Ashida says.

One of Ashida’s studies looked at how the expectations members in a caregiving network have about each other can affect everyone involved.

“If my sister is not meeting my expectations in partici­pating in caregiving, it has a detrimental impact on my psychological well-being,” Ashida explains. “That sets the tone for the whole family and the cohesion goes down. Ultimately, the care that people receive is impacted by that.” 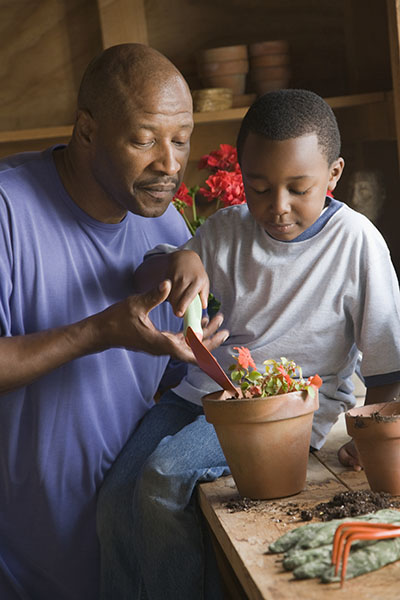 The Changing Landscape of Caretaking

A number of factors have changed the caretaker role in American society, including high divorce rates, more women in the workforce, families having fewer children, and geographic mobility.

“Family members are moving away, so we need some kind of structure that can support older people in their homes,” Ashida says. “As [aging adults] develop more severe disabilities, who’s going to take on that caregiving role? It’s coming down to community-based providers. It’s not only less expensive, but most older adults prefer to stay at home in their community.”

“Long-term care is inequitable,” Arora adds. “If you’re wealthy, you can afford care. If you’re poor, there is Medicaid. It’s the people in the middle who are affected very differently. We need a long-term care solution from a policy perspective that doesn’t rely on a means-tested program like Medicaid.”

Both researchers mention the importance of engaging seniors with their communities. Arora points to the AARP Foundation Experience Corps, whose trained volunteers work with students in high-need elementary schools. Ashida gives an example from Japan where older adults and families with young children live in condominiums and share a communal kitchen, living spaces, and yard.

“The idea is that older adults can contribute by making meals and supervising kids’ homework or play while their parents are at work,” Ashida says. “I think the key is inter-generational interactions where older people are contributing to younger people. They enjoy it and have a purpose in life, and the younger children look up to the older adults.”