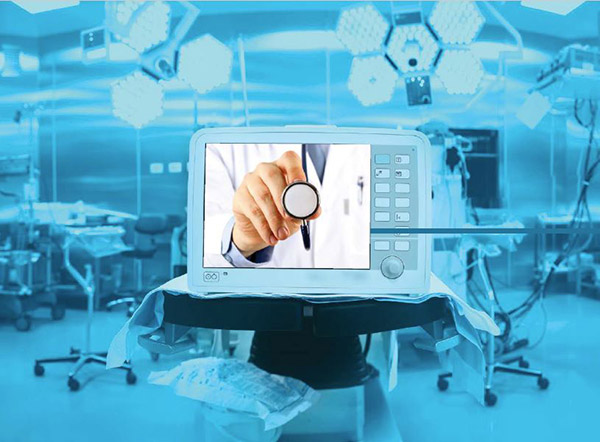 Telecommunications technology is driving a quiet revolution in health care, and nowhere is that revolution more evident than in the small hospitals of the American heartland. With the new telehealth systems, providers in rural care centers, who once might have been challenged to handle surges in patients or difficult cases—complex trauma cases from car accidents, for example—can flip a switch to connect their exam rooms, via high-resolution cameras and audio equipment, to highly trained emergency medicine specialists working from urban hospital hubs.

“The technology is at the point where it’s economical, effective, and reliable,” says Marcia Ward, CPH professor of health management and policy, who directs the Rural Telehealth Research Center (RTRC). “The telehealth hub has not only emergency medicine physicians to guide care, but also staff who can research medications and arrange patient transfers. That assistance allows the providers in these small hospitals to focus on giving direct care to the patient.”

One of the largest telehealth companies, South Dakota-based Avera eCare, already serves more than 10 percent of the rural hospitals designated as “critical access” care facilities because of their relative isolation.

“That’s more than 130 hospitals—which is broad coverage for something that’s relatively new,” says Clint MacKinney, CPH clinical associate professor of health management and policy and deputy director of the RTRC. “Just the fact that it’s expanding so rapidly tells you it’s delivering value in rural hospitals.”

The initial rollout of telehealth systems in these hospitals has been helped in many cases by government or charitable grants to fund the installation of cameras and other equipment. But MacKinney says the ongoing cost to new client hospitals seems manageable, at roughly $60,000 per year for Avera’s eEmergency service, for example. “I’m not seeing a lot of pushback on that figure,” he says.

The RTRC, a collaboration of the University of Iowa, University of North Carolina-Chapel Hill, and the University of Southern Maine, is funded by the federal Health Resources and Services Administration to evaluate the extent, outcomes, and challenges of telehealth in America’s more remote care centers. It has been one of the most active and prolific research institutions in this field.

“The part of telehealth that we’ve looked at most extensively is its use in rural emergency depart­ments,” says Ward. She and her colleagues have found evidence that tele-emergency services help patients by increasing overall clinical care quality and reducing the time needed to deliver care.

Telehealth also appears to deliver subtler but perhaps no less important benefits to hospitals and caregivers. For example, it can reduce the sense of isolation among providers at rural care centers, making them easier to recruit and retain. Moreover, telehealth allows the management within rural hospitals of many patients who would otherwise have been transferred immedi­ately to larger urban hospitals. That retention of patients can make a big difference to a hospital’s bottom line and its long-term ability to serve its community. 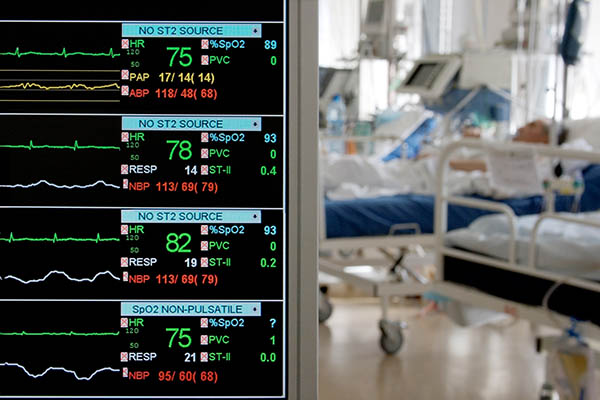 Much like the early Internet, telehealth is now seeing a proliferation of services that can work through its new telecommunications medium. The RTRC’s researchers have recently examined or are now examining new specialty tele-emer­gency services that help client hospitals diagnose and treat specific acute conditions including sepsis (blood infection), psychiatric emergencies, and stroke.

“In the case of stroke there are clot-busting drugs that can really save the brain if they’re administered in time, but you have to make sure the stroke is from a vessel blockage rather than a bleed,” says Ward. “The idea is that a neurologist at a ‘tele-stroke’ hub who has seen hundreds of these cases can evaluate the CT scan, look at the patient, and help the provider in the rural hospital come to the right treatment decision more quickly.”

As the RTRC has found in its studies, the spread of these telecom-enabled services has been hampered somewhat by their own novelty, and by factors that complicate American health care generally.

Even so, telehealth still seems to have consid­erable room to grow. Perhaps the best indicator of its broad potential is the success of the first telehealth service, tele-radiology—the transmission of X-ray, MRI, and other medical imaging data to off-site expert radiologists for interpretation. Tele-radiology was initially based on simple phone and fax-based telecom technology, but expanded rapidly after the introduction of high-bandwidth Internet in the early 2000s. These days it is so much a part of ordinary medical practice that it often isn’t even considered a telehealth service.