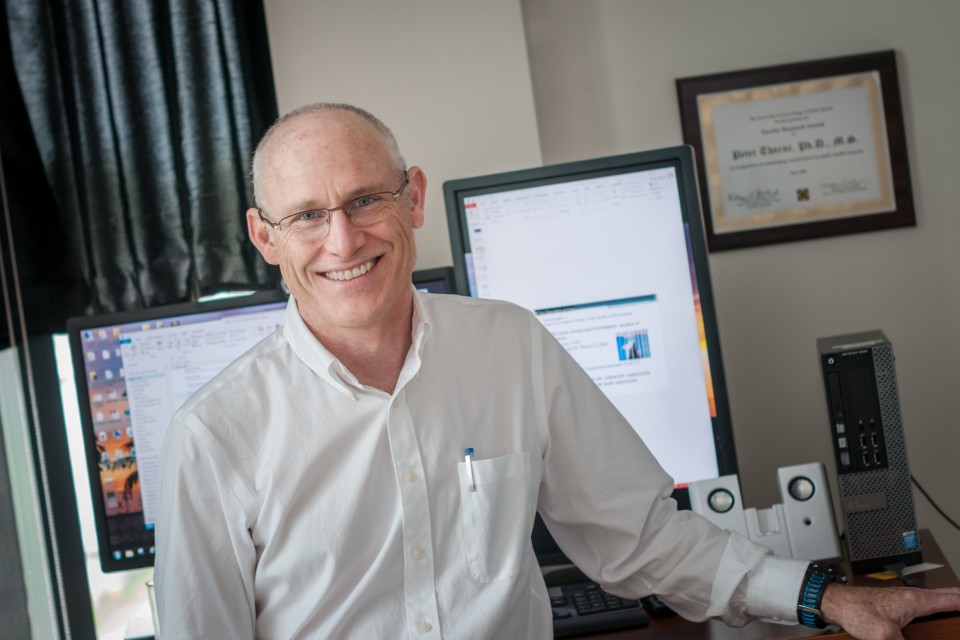 This article was published in July 2015

Dr. Peter Thorne already held a number of prominent leadership positions before being offered one that eventually could thrust him, and the University of Iowa, into a national spotlight.

Although his workload as SAB chair — deciding priorities for the 48-member board, setting the board’s agenda and a myriad of other duties — might seem daunting, “this was too big of an opportunity to refuse,” said Thorne, who is the first person from the UI to chair the board. UI professor Bill Field currently serves on the board and UI professor Jerry Schnoor is a past board member.

Thorne noted that the EPA is required to use the best available science and translate scientific research into policies that protect Americans’ health and the environment. The Science Advisory Board, with its own staff that is independent from the EPA, evaluates EPA programs and research to ensure that the agency applies the best peer-reviewed science in decision making.

“It’s really taking the best science we have and using it as a sound basis for environmental and public health decisions,” Thorne said. “It’s amazing how many things people do that have no scientific basis.”

The board, with experts in environmental health, engineering, biostatistics, economics, and behavioral sciences, reviews the quality and relevance of the underlying scientific and technical information being used by the EPA, Thorne said. “The SAB spends months reviewing EPA documents and public comment on a particular issue and then writes a report of 50 pages or so addressing specific questions from the EPA on that issue and making recommendations for action.” The report and an executive summary are then sent to the EPA Administrator. The board also provides science advice as requested by the EPA Administrator and advises the agency on strategic planning and emerging scientific matters.

While Thorne doesn’t consider himself to be political, one of his duties as chairman could place him in that limelight: testifying before congressional committees. He is unsure if or how often he might be called to testify, as well as how receptive members of Congress might be to scientific evidence on environmental issues that can be viewed as politically charged.

“You don’t have to be a scientist to understand these issues, just have the wisdom to listen to the peer-reviewed consensus science,” Thorne said. “I’m a scientist, so I’m not going to get into the politics. I simply try to communicate the best available science.”

His appointment as chairman is for two years, during which time he will continue to fulfill his other long list of duties.

Those roles include: associate director and co-founder of the Interdisciplinary Graduate Program in Human Toxicology; director of the NIH-funded Environmental Health Sciences Research Center at the UI; member of the National Academy of Sciences Board on Environmental Studies and Toxicology; and principal investigator of the AESOP Project (a community-based research study) and an inhalation toxicology study within the Iowa Superfund Research Program.

He has published over 210 peer-reviewed journal articles and has served on a wide variety of editorial and review boards for scientific journals, government agencies, and academia. From 2003 to 2006, he served on the NIH National Advisory Environmental Health Sciences Council and served three years on the EPA SAB before being named chairman.

With that extensive list of accomplishments, Thorne said he is best known as the “endotoxin guy,” for his contributions in elucidating the role of bacterial endotoxin in asthma and environmental lung disease.

As head of the Department of Occupational and Environmental Health, Thorne encourages and values the collaborative efforts among faculty members within and outside of the department.

“The faculty we have are at the forefront of their fields. They are equally passionate about mentoring students and doing cutting-edge research,” said Thorne. “Having that combination is what’s really important.”