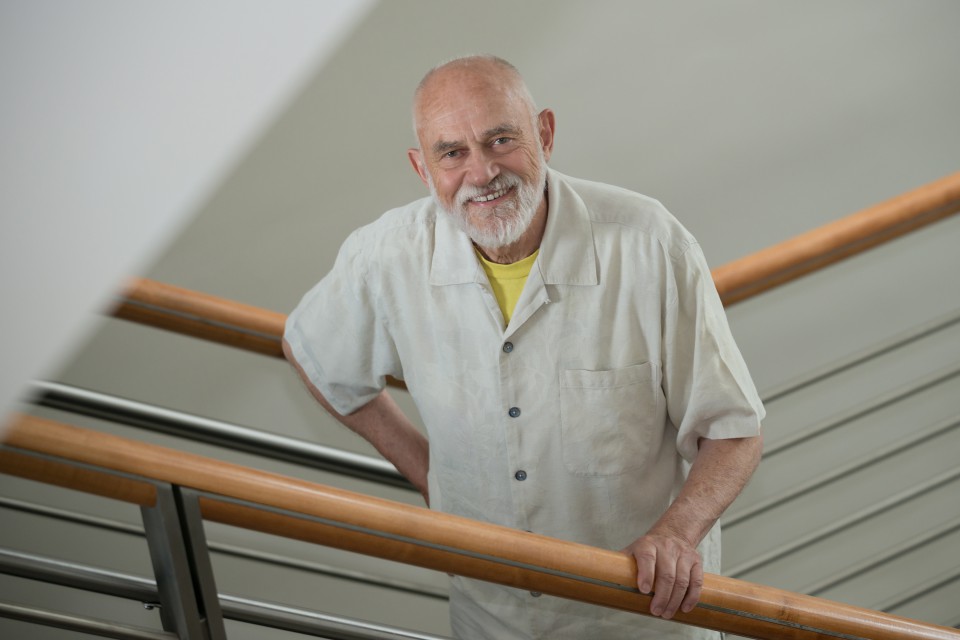 Whether it’s leading a solar bike tour through Europe, canoeing across the state of Iowa, or even living in a chicken coop, David Osterberg knows how to draw attention to scientific issues in ways that engage the public.

“I tend to be less of a scholar and more of a translator of scholarship,” said Osterberg, clinical professor in the University of Iowa College of Public Health’s Department of Occupational and Environmental Health. “I engage with the community and translate research. That’s what I do.”

Osterberg’s roots in education stem back to his time in the Peace Corps, as a secondary school teacher in Iran. He received his bachelor’s degree in economics from Washington State University, and master’s in water resources management, economics and agricultural economics, all from the University of Wisconsin-Madison.

His years spent living in a converted chicken coop started in the late 1970s, while Osterberg worked as an assistant professor of economics and business at Cornell College in Mount Vernon.

At the time, Osterberg said the 9-by-12-foot structure symbolized a future in which people would be able to live with limited resources. He won a legal battle with the health department, which declared the coop violated health regulations.

“I take positions, but I believe you have to as a person who works in science,” said Osterberg, who has continued to raise awareness about issues in the economy and environment ever since.

In 2001, he founded the Iowa Policy Project, which produces research and analysis on tax and budget issues, economic opportunity, family prosperity, and energy and environmental policy. The non-profit organization, where Osterberg remains active in water quality and energy policy research, has published widely on Iowa environmental issues.

“I believe you have to get people engaged where they can have some kind of an effect,” he said, adding that the same is true about his students at the UI. “I try to engage them to get them excited about Iowa issues to the extent that I can.”

Osterberg specializes in research translation and community engagement for two federally funded centers, the Environmental Health Sciences Research Center and the Superfund Center, which works on issues with Polychlorinated Biphenyls or PCBs. He also is part of the Training Core for the Superfund Center.

During that time, the Legislature not only passed legislation to improve the state’s air and water quality, but created, and funded, environmental research centers at Iowa State University, the University of Northern Iowa and the UI.

Osterberg unsuccessfully challenged longtime U.S. Senator Chuck Grassley in 1998, but was able to draw attention to environmental issues as he campaigned across the state in a canoe.

His solar bike tours, in Iowa, Europe and elsewhere similarly attracted publicity, as Osterberg led groups of renewable energy enthusiasts on bicycles to illustrate the benefits and potential of sustainable energy technology.

“We pick a route that connects people and organizations doing environmentally sustainable things about energy,” Osterberg said. “We put out press releases on where we will be and also depend on the local group working with local media.”

That strategy magnifies the press coverage, he said, by showing the importance of the local effort is 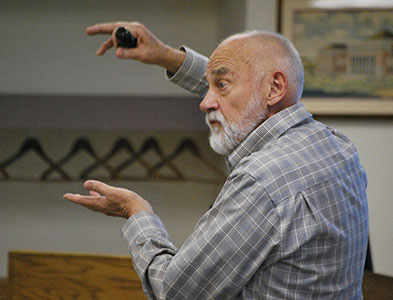 in relation to the big issue of stopping climate change through renewable energy and energy efficiency.

“The tours bring publicity to these issues,” Osterberg said, “so the people who make decisions have to care about it.”

Osterberg continues research and outreach on issues such as fracking, concentrated animal feeding operations and climate change, pointing the public, and students, to the importance of scientific research in making their cases.

“You’ve got to have good science,” he said, adding that engaging the public also helps. “There’s something about being demonstrative. There’s authenticity and I think that’s important.”