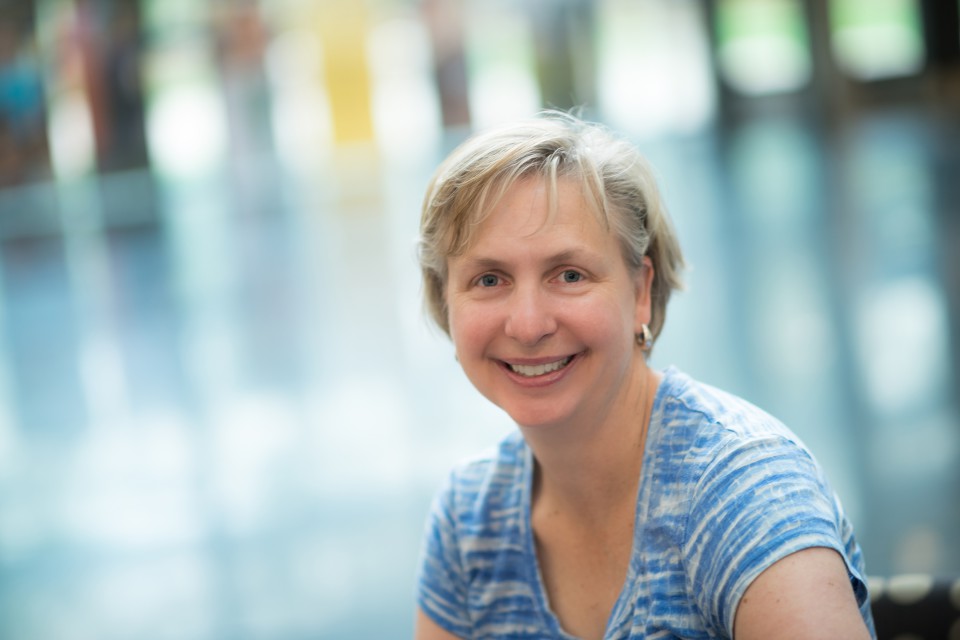 A study on pesticide exposures to farm workers in Oregon led Dr. Diane Rohlman on a path to Egypt. As one of the most hazardous industries, agricultural jobs expose workers to numerous risks, including injuries and contact with chemicals.

In her work, Rohlman, Associate Professor in the Department of Occupational and Environmental Health at the University of Iowa College of Public Health, has collaborated with researchers from Brazil, Thailand, the Philippines and elsewhere. One of those collaborations has taken her to Egypt, to examine the health effects of organophosphorus pesticides on young Egyptian field workers.

Pesticides are widely used throughout the world. Organophosphorous pesticides, considered a neurotoxin, are commonly used as an alternative to chemicals that persist in the environment, such as DDT, banned more than 40 years ago in the United States.

“They break down quickly, but they’re more acutely toxic,” Rohlman said. “They’re like nerve agents that attack the nervous system of insects, but they also affect our nervous system.”

Occupational and environmental exposures impact everyone, but certain populations are at greater risk, including children, young workers, and those working in hazardous industries, which often include immigrant workers who may have additional risk factors such as poor nutrition, an impoverished environment, and limited access to medical care. One of Rohlman’s current studies, in collaboration with UI Professor Dr. Fred Gerr, is examining the health of cleanup workers following the 2010 BP oil spill in the Gulf of Mexico.

Rohlman received both her master’s and Ph.D in experimental psychology from Bowling Green State University in Ohio. Her early research examined the impact of low-level occupational exposure to organophosphorus pesticides in adult and adolescent farm workers in Oregon. Young workers are less likely to recognize hazards, be less aware of their legal rights and more reluctant to speak up regarding safety, putting them at increased risk for occupational injuries. They also often engage in behaviors that may increase their risk of injury, such as sleep deprivation, substance use and distracted work behaviors.

Her research was later extended to examine environmental pesticide exposure among children living in agricultural communities. Since many chemicals can attack the brain and nervous system, having methods to assess memory, attention and learning can be used to identify early deficits.

Rohlman’s project in Egypt examines the dose-related response to determine if repeated exposures to the pesticides produce a progressive deficit on the developing nervous system of workers ages 15 to 18, who are legally hired as seasonal workers in Egypt, and to determine if that deficit is reversible. Similar to other developing countries, workers in Egypt walk through cotton fields using backpack sprayers to apply the pesticides and seldom use safety equipment to protect themselves from exposure.

The study has implications for farm workers in Iowa and other agricultural states, as well as internationally, but political upheaval in Egypt led to challenges that the researchers have had to overcome.

Before the 2011 revolution there, Rohlman was able to travel to Egypt freely and research seniors and assistants could leave the country. Once travel to Egypt became difficult for the U.S. researchers and travel to the U.S. was a challenge for Egyptian researchers, an alternative solution was found for team members to meet for several days at a time in Dubai to keep the project on-track.

Such projects build international partnerships and provide opportunities to address public health issues that are a concern worldwide, making their continuation vital. Rohlman initially secured funding for two years of the project and has since received five more years of funding. 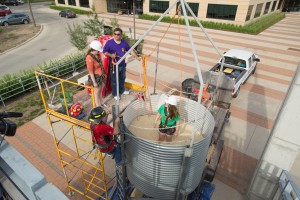 One of the more captivating feats in her teaching career involved burying, and rescuing, a student in feed corn inside a grain bin. The grain entrapment rescue training took place on the UI campus and was part of the Agricultural Medicine class Rohlman teaches in the College of Public Health.

The demonstration, of particular importance in a state that periodically experiences grain bin deaths, had a profound effect on students, as well as others who followed news coverage of the event.

As the grain bin demonstration showed, Rohlman takes teaching beyond the traditional classroom format. She has incorporated social media in the Current Topics in Agricultural Safety and Health class to bring together not only current and former students, but researchers, practitioners and agricultural producers to discuss and broadcast emerging issues, including prevention messages from the students.

Rohlman also serves as the Director of the UI’s Healthier Workforce Center for Excellence and has dual appointments at the UI and at the Oregon Institute of Occupational Health Sciences at Oregon Health & Science University. She has mentored undergraduate, graduate and postdoctoral trainees.

“My goal is to provide students with the skills and knowledge they need to meet the safety and health challenges of their current and future work,” she said. “Many of my students live or work in agricultural communities and take the information learned in class back to their home or work, directly having an impact on their communities.”